Volleyball is a very popular game played with passion across the world. One of the most appealing features of the sport is that it involves both athletic and strategic prowess. There are several international and domestic tournaments that keep the fans interested all throughout the year. Although the most popular format of the sport is played indoors in an arena, volleyball can also be played outdoors. In both cases, the essence of the game is the same. Both formats still involve a court, a net, players and of course, a ball. However, there are many differences between the two formats that make each of them uniquely interesting and challenging.

We will be talking about the difference between indoor volleyball and outdoor (or beach) volleyball. Let’s see how the two versions of volleyball differ. 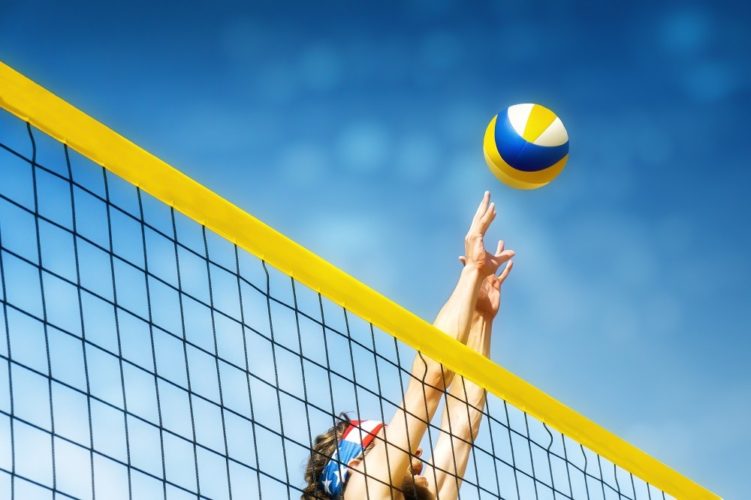 When it comes to the volleyball court, indoor and outdoor volleyball differ quite a lot. Both the surface of the court and the dimensions are different in the two formats. The indoor volleyball court has a hard surface that can have a synthetic or a wood finish. The court surface is like a basketball court, however, in some facilities, concrete courts are used as well. On the other hand, outdoor volleyball is generally played on sand, and hence it is called beach volleyball. The sand surface makes it more difficult to move around and do quick maneuvers.

Another significant difference is that the indoor courts have an attack line 3m from the center line. The back-row players are required to stay behind this attack line while hitting the ball. However, in the case of beach volleyball court, there is no such attack line. In the case of outdoor volleyball, a player can hit the ball from anywhere if the ball is on their side.

There is a reason for a smaller court in the case of beach volleyball. It is difficult to move in the sand and the lateral distance covered is significantly reduced. Keeping the court small results in longer rallies and entertaining gameplay. Players can be barefoot on beach volleyball courts due to the sand surface. Indoor volleyball players must wear shoes at all times to play volleyball. 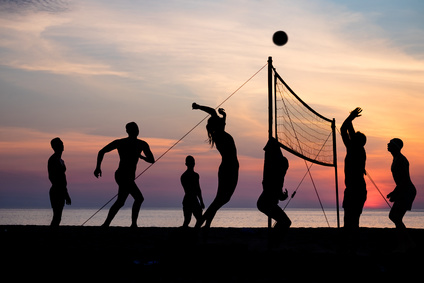 The role of this player is to ‘set’ the ball for the hitters. Normally they will be waiting for other players to toss the ball to them so that they can set it up. There can be up to two players serving the role of a setter.

As the name implies their main goal is to hit and score. There are usually three hitters; one each on left and right side and on in the center.

A libero is a player that exclusively plays in the back row. The libero can be identified easily as he/she wears a different colored shirt. A team can have only one libero on their roster.

The role of the DS is to play back row for a hitter. Many teams have more than one DS on their roster so that they can be substituted for hitters.

There is a difference in the way points are scored between indoor and outdoor volleyball. An indoor volleyball match consists of a total of five sets, or games, as they are sometimes called. To win a set (or a game) a team needs to score at least 25 points with a difference of 2 points. To win a match, a team needs to win three sets. In the case of a 2-2 tie, a fifth set is played. However, the fifth set is played only to 15 points. As the game progresses, teams switch sides of the court at the end of every set.

In the case of beach volleyball, the match is played in only three sets. The team that wins two sets, wins. Each set is also shortened to 21 points. So, a team to win at least 21 points with a difference of 2 points, wins the set. The third set is played only if needed and is played to 15 points.

In both the indoor and outdoor versions of volleyball, the points are scored on a rally system. That means you don’t have to be serving to win a point. Hence, the team that wins a rally wins the point irrespective of which side served. However, in some indoor volleyball points can only be scored when serving.

What to Wear for Volleyball