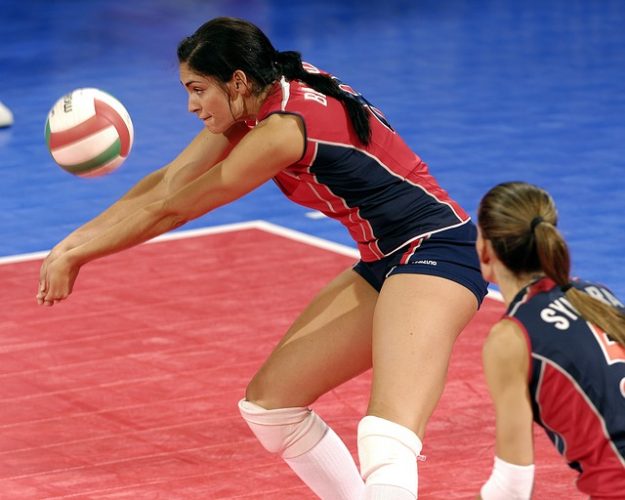 Volleyball is one of the popular sports played across different parts of the world with each country trying to keep its best foot forward by presenting its best teams in world championships. As time goes by, its popularity continues to skyrocket, and the sport itself has evolved to become better as it now accommodates almost all types of players unlike in the past where it was intended for specific heights and body types. Nevertheless, with this evolution came new positions such as the volleyball defensive specialist and unfortunately people are yet to understand what their roles are and the kinds of skills they should possess to make excellent DS’s. We seek to clear the air out by explaining who a defensive specialist is and what makes a good one.

In volleyball, a Defensive specialist is a volleyball player who can substitute for any player, but in most cases, they are specialized for the back row and usually play as subs for the less skilled back players. They attack behind the ten-foot meter line and are not allowed to pass it. They are categorized into two groups, these are libero and now the defensive players and although their roles are closely related, anyone in the world of volleyball will tell you the difference. However, if you are just new to the sport, a libero wears a different jersey from the rest of the players during the game and in some cases may not be allowed to play and thus it depends on the league your team is playing in. But when it comes to a DS, they are at times treated as substitutes and can even be allowed to play as a sub for players in the front row of the court, but they should remain behind the ten foot/3-meter line. Additionally, they wear the same jerseys as the rest of the players and the regular substitution rules apply to them, so they are usually allowed in the game for three out of the six rotations. Also, unlike in the case of a libero, a team can have one or two defensive specialists according to their playing needs. However, just like any other team player, for a person to make a good DS, they need to possess certain qualities and below are some of the qualities which make a good Defensive player.

Because their role is to bind the defense of the team against their opponents and help his/her team to win, DS’s are usually required to have the following traits;

Other traits which make an excellent volleyball defensive specialist

All players are essential in a volleyball game, and the volleyball defensive specialist position is no exception. They make excellent substitutes, and in most cases, they have helped most teams win thanks to their defensive skills. They help create confidence in their teammates because the front-line players are usually aware that even if they are not able to retaliate as they should someone in the back row has their backs and hence help instill peace of mind to the other players leading to well-played volleyball games.

What Is Plantar Fasciitis?