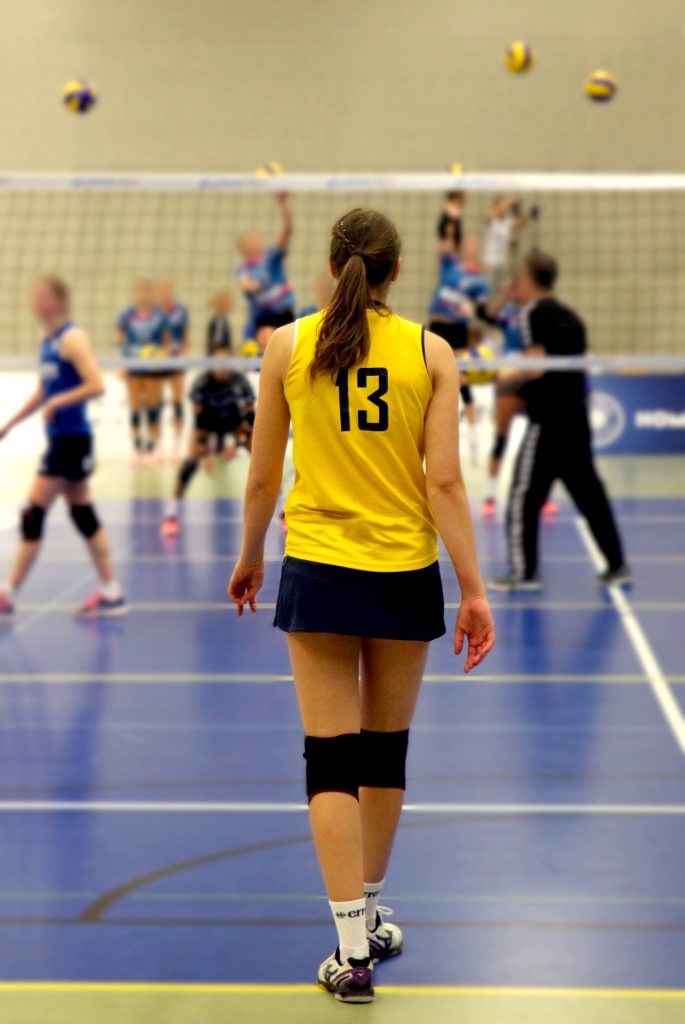 Have you ever wondered why one volleyball player wears a contrasting jersey different from the other teammates and plays the defensive role? Well, that’s the libero in volleyball. The libero is a player that specializes in defensive skills. Also, the libero plays as a back-row player, and cannot attack or hit the ball when it’s entirely above the net’s height. However, the libero can replace any of the back-row players as long as the ball is not in play.

The libero is a volleyball position which was added to the indoor volleyball game in 1999. The position came along with a new set of rules for the players in the bid to make the game more exciting. Also, the rules help foster more rallies and digs in the game. Since then, the libero players have become part of the game. The libero is not affected by regular rotation rules and replaces the middle blocker position during rotation. However, the player is restricted to the back row, and never the front row.

How Different Is the Libero from Other Players?

For starters, the libero wears a different color jersey from the rest of the players. Also, the libero serves reception and specializes in defense.

When a libero enters a match, it is not considered a substitution. When the libero replaces any of the back-row players, it is called a “replacement.” The libero can replace any player in the game apart from the one serving. There is no limit to how many replacements a libero can make in a single game.

There can be a different libero for each game. However, the preferred designation must be recorded in a lineup sheet before the game. Also, the libero may be missing in some games. In that case, the team will follow the rules of substitution.

What Is the Desired Height of a Libero in Volleyball

Being tall is an advantage in volleyball. While most of the players are tall, the minimum desired height requirement is normally at least five feet tall.

The libero position has the lowest height requirements. The player should be at least 5 feet tall for the tier one players. The lower-level limit is 5 inches to 6 feet, and the mid-lower levels range from 5 feet to 10 inches.

What Happens A Libero Is Injured?

Sometimes, the libero may be injured and cannot continue playing. The player replaced by the libero joins the team.

The Libero re-designation criterion does not have to happen immediately after the injury. When the designation happens, any legal substitute of the team takes the role. The new libero player must follow all the rules. The new libero is required to wear a unique jersey number, and not necessarily the one worn by the injured libero.

How to Effectively Play as Libero

Playing as libero is one of the toughest positions in a volleyball match. What makes that position so challenging? Here are marks that define a great libero player.

As a libero player, you need to develop the ability to receive serves and pass them accurately. The libero covers much of the court and makes passes that start the offense. After all, the libero wears a distinct uniform making him or her easy to spot and target. The libero should work at making minimal or no mistakes at all in a game even though they are known not to make winning hits.

A libero player must love and understand the game. You should be able to tell which direction the opposition will hit the ball. Also, it is important to understand the tactics displayed by other players such as how they hit their favorite shots.

Reading the game and exceptional hand skills of a libero player goes hand in hand with quickness. It is important to have fast reflexes when the ball comes to you at full speed. You will also need to the right decision in the shortest time possible.

Here is a classic example; the middle blocker blocks at the net or any other position in the court. However, a libero player has several options and needs to make the right choices in a fraction of a second.

Here are some libero volleyball playing tips from the experts: