Volleyball is one of the most popular sports in the world. Although the sport has a relatively short history when compared to other sports, it has already produced some greatest players of the game so far. The professional world governing body for volleyball known as the Federation Internationale de Volleyball (FIVB) formed a twelve-member committee that documented the game’s greatest players of all time featuring separate male and female players. However, over the years, the game has seen several volleyball players that have become synonymous with the game all over the world. Most people envy their achievements on the coat and are idolized by many. This article explores the top best volleyball players of all time. The ones listed below result from the writer’s own research and you may hold a divergent opinion.

He is regarded by many as one of the greatest volleyball players ever due to his amazing skills and achievements on the coat. He was born in Italy in 1968 and represented his country in the Olympic Games thrice. He boasts of two Olympic gold medals, the FIVB world cup silver medal, and FIVB world league championship among other successes. He was voted the FIVB most valuable player in 1992 and was later named the FIVB world championship best player in 1994 after exploits with Italy where they won the championship’s gold medal twice in arrow. His finally appearance at the Olympics games in 1996 saw Italy win a silver medal after a bruising final match defeat to the Dutch. He also won the silver medal at the European championship in 2001. He played in three hundred and six international games for Italy and together with Karch Kiraly, he was voted co-FIVB player of the century. 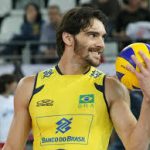 He was born in 1976 and certainly deserves a place among the volleyball greats. He is regarded as the best wing-spiker due to his wonderful speed and superb athletic ability. He was voted as the FIBV most valuable player at the Olympic Games in 2004, world league in 2006, world championship in 2006, the FIVB world cup in 2007 and Pan-American games in 2007. He was the most outstanding player in the Brazil team that won the gold and at the 2004 and 2008 Olympics Games respectively. He has won several other accolades which include three world championships gold medals, two Olympic silver medals, two world cup gold medals, two world cup bronze, eight gold, two silver and two bronze at world league, eight south American gold medals and two pan- American gold medals and a bronze.

He was born in 1921 in Ukraine and is a former influential member of the Russian volleyball team that dominated the game in mid-20th century. He received the honored master of sport which is one of Russia’s top honors for athletes. He led Russia to two consecutive European championships (1950 and 1951) and two world championships (1949 and 1952) without losing a single match. He later won the bronze medal at the world championship held in Paris, France in 1956. After retirement, Reva went into coaching and lecturing at a Military Academy. He was bestowed the Order of the Red Star and the Order of the Red Banner of Labour. He was awarded a Special Twentieth Century Award by the FIVB in 2001. 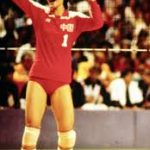 She is one of the greatest chief spiker in the game whose powerful jumps, incredible arm movement technique, combination of tactics and powerful spikes lured many to watch her play. She guided China to successive FIVB world cup wins in 1981 and 1985. She also contributed immensely to China’s world championship win and an Olympic gold medal in 1984. She is the only the first and only person to date to have an Olympic gold medal both as a player and as a coach. 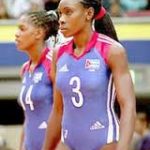 This is a Cuban volleyball international whose spectacular jumping left many amazed despite her small size. She was instrumental in the Cuban successes at the Pan-American games in 1983 and 1987.she was also influential in the Olympic gold medal win in 1992 and its subsequent defense of the same title four years later. She won the first FIVB world grand prix in 1993 before retiring after winning Cuba the third Olympic medal and second world Grand prix in 2000. She also boasts of the world championship titles in 1994 and 1998. 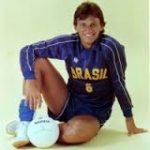 Many people consider him as the greatest volleyball player from Brazil and among the world’s greatest in the game. He won the award for the best passer and best defender in 1981. He won 3 South American championships, gold at Pan-American games among other accolades. He won Italian league twice, two Italian cups, and 3 European super cups and one European championship cup during his spells with Italian clubs. Renan was awarded the most spectacular volleyball player in the world, best spiker of 20th century and the best defender in the world in 2001. He was inducted into the international volleyball hall of fame in 2015 which cemented his spot among the game’s greatest players of all time. 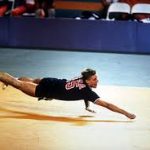 This is awarded the best volleyball player of the 20th century. He remains the only volleyball player to have recorded success in both beach and indoor versions of the sport. He won the Olympic medals in all those two versions becoming the first and only player to accomplish that feat to date. He won the most outstanding player award twice while playing for the UCLA Bruins team and won three volleyball championships with the same club where the team lost just five games in four seasons. He captain the United States team that won the gold medals at the 1984 and 1988 Olympic Games. He was awarded the world’s best player by FIVB in 1986 and 1988.