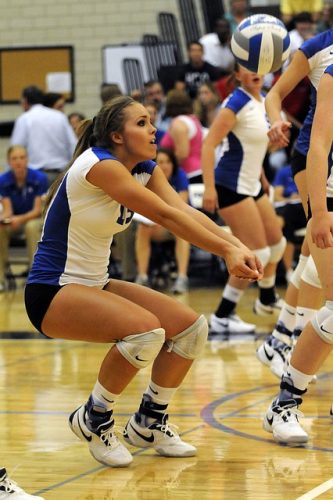 The responsibilities of right side hitter during the play.

Important attributes in a volleyball right side hitter

He plays near the net and on the right side of the court. In this position, he is tasked to block the opponents outside hitter and can also block the middle opponent if it is appropriate. He blocks the opponent middle by cheating on the court a little

When the ball is served, he watches clearly to establish to see if the hitters will switch and whether there is one who will come to his direction. He then calls on other players to help in blocking the middle. If the ball is served in the middle, he may help block it in two ways. First, he may shift to the middle immediately and help to reverse it. However, he can only do this if he notes that the setter is absent. Alternatively, he can step out for the antenna and consequently set the block for the middle blocker. He then watches clearly to see whether the ball will be set to the other side of the court if this is the case he is expected to back off to the three-meter line to dig. He then sets himself ready to set the second ball just in case the setter will be unavailable.

The right-side hitter is not the one who serves, but he is one of one of the main passers after receiving the serve. However, since he is the key part of the offense, he may be called by his teammates to help serve the ball before hitting. However, he is advised to first get from the setter the exact duties and roles he is supposed to play. He should mainly concentrate on passing the ball but also be aware that he has hitting responsibilities.